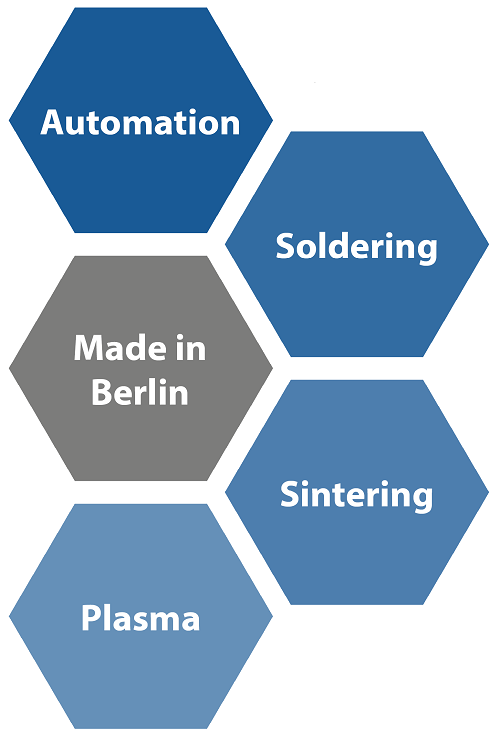 Introduction of the new VS 160/320/XL II series with new design, new software and additional functions

Expansion of the production area through the construction of a new warehouse including automatic paternoster storage systems.

Investment in a CNC milling center for the production of customer-specific components with minimum lead times.

Opening of our new company headquarter with a production hall and office building in Berlin's Melli-Beese-Strasse, at the former Johannisthal airfield.

Development of the SP 60 sintering press for sintering under inert/reduced atmospheres and vacuum.

Delivery of first products to well-known customers. Development and construction of the VS 320 vacuum soldering system with the options of hydrogen and plasma cleaning

Founding of budatec GmbH by Alexander Dahlbüdding and Dirk Busse

Accquisition of TECA Technologieorientierte Automation GmbH by centrotherm. In addition to the development and production of vacuum soldering systems, the focus was on the development of fully automatic wafer testers.

TECA Technologieorientierte Automation GmbH was formed from the Institut für Nachrichtentechnik. The focus was on the development and construction of vacuum soldering systems such as the MCM (Multichip Assembly Machine) as well as automation systems for the semiconductor industry. This is where the founding team of the later budatec GmbH started.